Clearing some misconceptions about Christian Benteke

I’ve been a Villa fan for a long time. Benteke is one of the most exciting players I’ve ever seen here. Having watched every single minute of his Villa career so far, either in person or on screen, I feel that general perception of Benteke as a player is misguided. I’ll keep it short. It’s a little difficult to find video samples that exemplify my case, but I gave it my best shot with the limited amount of Villa footage that exists online.

“Benteke does not press”: This conclusion is drawn from the fact that Villa, under Lambert, never pressed the opposition in their own half. It wasn’t our gameplan. In 12/13, for example, we were a primarily a counter-attacking team in a 4-3-3 formation. We sat back with 8 players and lured the opposition to our box, allowing them to commit players forward and thus leaving their defence isolated with the pacey trio of Benteke, Agbonlahor and Weimann to deal with once we broke. The front 3 were never really expected to press. It’s not that Benteke doesn’t press, it’s that he wasn’t supposed to. He’s not as ferociously fast or tenacious as Suarez, but he’s is not a lazy cunt either. He will press and harry as much as he can, if that’s what you ask of him.

“Benteke cannot pass the ball”: This assumption must come from his passing completion stats, which are inevitably woeful because he was used as a target man in the 13/14 season by Lambert. I believe, at one point, Guzan to Benteke was the most attempted pass in the league. He invariably wins the aerial duel, but successfully knocking the ball down to a team-mate is far more difficult and could easily skew his stats. In reality, Benteke is a perfectly adequate passer and often makes the kind of incisive forward passes that he himself would benefit from [1] . With better players around him, he would excel.

“Benteke is just a target man”: This is an idea again borne out of Lambert’s limited tactics. Lambert never used a playmaker or #10. He preferred to bypass the midfield entirely when attacking. Our makeshift wingers – Agbonlahor and Weimann – were industrious and pacey, but not creative. He’s a big lanky bastard (I use that term endearingly) and his aerial prowess encourages neutrals to relegate him to the Crouch/Carroll archetype. He is capable of playing that role but, for a big guy, he also shows remarkable close control, ball retention, dribbling skills and in general is pretty good with the ball at his feet. [2]

I have compiled just some of his goals below. Villa clips are hard to come by, so the video quality is shit in some of them. Many of them are rather simple finishes too, but that’s what makes him so brilliant. He’s clinical.

Running at the defence:

A bit further out:

I don’t know Liverpool intends on playing this season but Benteke is one of the best forwards available right now. £32.5m sounds extortionate but any Villa fan would tell you he’s worth it. I wouldn’t bother considering any potential “chemistry” with Origi because this isn’t FIFA, after all, but Benteke will thrive with good players around him and he’s good enough to lead the charge at the top end of the table. My fellow Villa fans will know what I mean when I say it always feels like something is about to happen when Benteke gets on the ball, because it usually does. 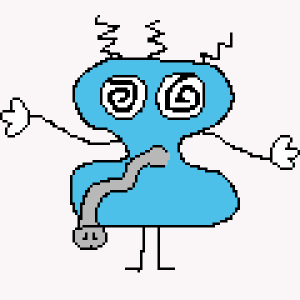