After leaving Tottenham Hotspur and watching the fruits of his labour (Harry Kane, Ryan Mason) go from strength to strength, “Tactics Tim” Sherwood no longer became a gamble for a club, but a very shrewd managerial appointment. Aston Villa took the ‘gamble’ after a dismal season under Paul Lambert and in the interim, Sherwood has delivered by taking Villa to safety(almost there), reinvigorating a lost striker, as well as reach the FA Cup Final after a fantastic performance against Liverpool in the semi-final. So, how have Villa’s fortunes changed?

The Art of Man Management

There is no doubt that Tim Sherwood is a fantastic coach and a very effective ‘man manager’. Upon arriving at Villa, you can imagine some stern words were said, difficult conversations had and arms went around the shoulders of some of Villas confidence ridden players.  Sherwood will rub certain players(and fans) up the wrong way, but you can see his passion, directness & enthusiasm seeping into Villa’s playing style. The players have stated across various media how motivating and inspiring they have found working under heir new manager and the new lease of life he has given them. On the training ground, Tim has stated in several interviews that he has upped the intensity of their training, playing at a higher tempo and although this has led to some injuries along the way, Villa look a completely different side, more energised and dynamic.
But what has changed from a Tactical Perspective?

Sherwood has made very subtle but effective changes to Villa’s strategy in recent weeks. Villa generally set up in a 4 – 2 – 3 – 1 formation, but look to press much higher up the pitch now, with the full backs playing a key role in supporting the attack. Sherwood was quoted as saying he told Christian Benteke to stop ‘running around as much’ and he is very much passive or at a push adopting a half press when Villa are out of possession, but as you’ll see from the pictures below, the rest of the team are high up the pitch, pressing the opposition in dangerous areas, looking for a turnover in possession. If not, they drop into a midfield 5, as shown below. This was evident throughout the ninety minutes against Liverpool, hunting in packs, pressuring the ball, forcing mistakes, right up into the final moments. Under Lambert, Villa looked to dominate possession of the ball, but they created very little goal scoring opportunities. Now they look to play more direct, getting the ball up to Benteke, with the 3 forward midfielders supporting the attack & stretching the opposition by playing between the lines as shown below. Another noticeable change to Villa’s play, is the amount of players they now commit when going forward. Against Liverpool, Fabian Delph stole the headlines with his box to box performance, but look at the number of players supporting the attack, increasing their chances of creating a clear goal scoring opportunity. Alternatively, they play short, sharp passes through the midfield, between the lines of the opposition. Delph and Westwood are the architects, playing into channels and creating triangles around the pitch. Look at the pictures below, the Villa players are close together, with almost every player being a potential option for the man in possession. This allows the team to create 3 vs 2 and 2 vs 1 scenarios in key areas of the pitch. Villa executed this against Liverpool , with Delph, Grealish & Benteke linking up well down Liverpool’s right hand side. The full backs push on to also create overloads in the wide areas.Below is an example of the overloads created. This subtle change to the playing style has allowed the players to play with more freedom, maximising their key strengths (mostly pace), be more creative in the final third and create more goal scoring opportunities.
The Rebirth of Benteke

Aston Villa’s recent change in fortunes and the return to form of Christian Benteke are no coincidence. When Benteke is playing well, Villa play well and just like he did with Emmanuel Adebayor, Sherwood has worked his magic in helping the big Belgian find his goal scoring touch again, netting 11 goals in the last 9 games after just 2 goals under Lambert.
When Villa beat Spurs, Benteke had 67 touches of the ball, more than any Aston Villa player. As mentioned earlier, Sherwood warned Benteke off chasing the ball around too much and challenged him to remain fresh and alert when Villa are in an attacking phase of play. The secret is simple, get the ball to Benteke as early as possible, whether that is into feet or in the air for him to challenge. Then, get as many men forward into the attacking third to support him. The statistics reflect this, Benteke has been a recurring figure in Villa’s top passing combinations.
One of Benteke’s key strengths is his aerial ability. He pulls onto the shoulder of centre halves and attacks the ball with real desire and power, highlighted with his goal against Spurs.
Against Liverpool, he played on the shoulder of Emre Can, avoiding the physical presence of Skrtel & Lovren and this provided Villa with tremendous success, with both goals involving Benteke & coming down Liverpool’s right hand side. Young Jack Grealish stole the headlines with his performance in behind Benteke and the inter-change between Grealish, N’Zogbia & Cleverley caused Liverpool real tactical problems, with Rodgers changing formation 3 times brought it the match (3-4-3 / 4-2-3-1 & 4-3-3). This is a massive strength going forward for Aston Villa, especially when the pacy Agbonlahor returns to fitness. Under Sherwood, Villa look to have a new lease of life but only time will tell for both the manager and the club. They are now 14th in the Premier League although completely not safe and also have a FA cup final. If Sherwood manages to upset the odds and beat Arsenal,it would certainly be a fairy tale return to management for the ex-Spurs boss. 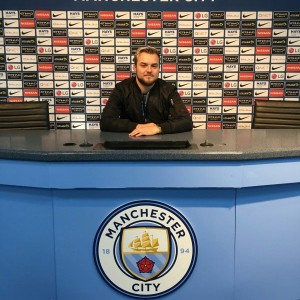